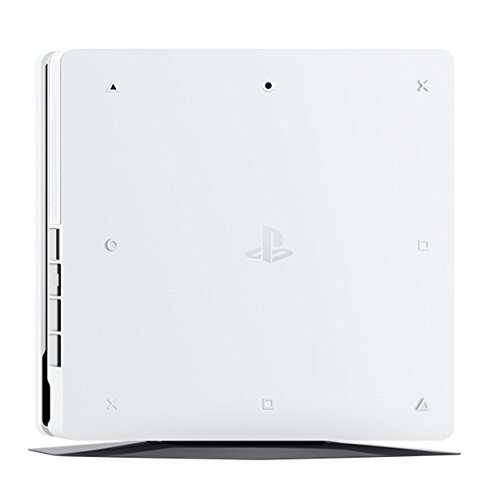 The white Sony PlayStation Slim 4 Gaming Console is smaller, lighter, and more energy efficient than the original PS4. Despite its smaller design, it still provides the same performance found on earlier PS4 models — and it does so more quietly. It also supports High Dynamic Range (HDR) gaming and content, which takes advantage of increased color depth and contrast on compatible displays. The PS4 is now 30% smaller, 16% lighter, and 28% more energy efficient than the original PS4. Despite the smaller design, the redesigned PS4 still provides the same performance, so you can play at 1080p with ease. The PS4 is fully compatible with the HDR10 specification. High Dynamic Range (HDR) is a display standard that allows for increased color depth and improved contrast compared to Standard Dynamic Range found on traditional HDTVs. In general, HDR-enabled content played on an HDR-compatible TV produces a noticeably fuller, richer image that is closer to what the human eye naturally sees. That means much deeper black levels that retain finer details, brighter highlights, and a much wider color spectrum than on traditional HDTVs.

What's in the box?