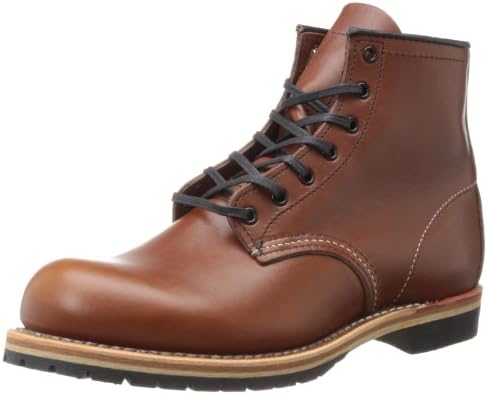 Red Wing Shoes was founded by Charles Beckman, a German immigrant who arrived in America in the late 19th century. When Beckman was 17 years old, he got off the train at Red Wing and found employment at a local leather factory. Working there, Beckman developed an interest in shoemaking. In 1883, he opened a shoe store, inspired by a desire to sell only "truly good shoes." The store thrived, but Charles still believed good shoes were too hard to find, so he decided to become a shoemaker himself. In 1905, with 14 like-minded investors, he founded the Red Wing Shoe Company. As a tribute to our storied heritage, we named our Beckman collection after Charles.