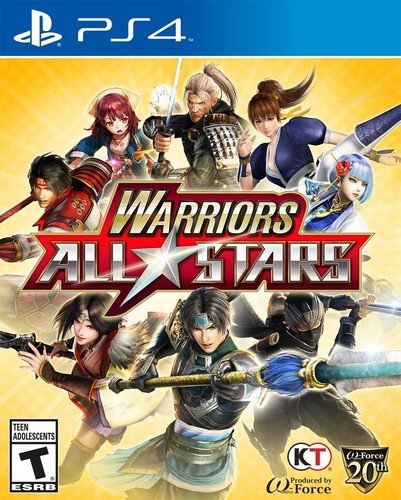 KOEI TECMO America Corp. is a publisher of interactive entertainment software for current generation consoles, handhelds and digital download content based in Burlingame, California. The company is a wholly owned subsidiary of KOEI TECMO Holdings Co., Ltd., headquartered in Yokohama, Japan. TECMO is best known for the Dead or Alive, Ninja Gaiden, Tecmo Bowl and Fatal Frame series. KOEI is best known for its Dynasty Warriors and Samurai Warriors franchises. On April 1, 2009, KOEI TECMOHoldings Co., LTD was established as a result of the TECMO, Ltd. and KOEI Co., Ltd. merger.

For many ages, this world had prospered by virtue of the power of the miraculous 'Spring'.

Yet now, it is on a verge of destruction. The King who controlled the power of the Spring had suddenly died, and at the same time, the Spring had dried up.

In order to save their dying world, the Queen tells her daughter of an old prophecy:

'When the Spring loses its power and the world heads for destruction, Heroes from other worlds shall arrive. The Heroes will share their power with the shrines and revive the Spring. And the one who leads the Heroes will be crowned as the new Monarch, and restore glory to the world.'

Following the words of her mother, Princess Tamaki tries to perform the ceremony to call for heroes from different worlds.

However, something goes wrong, and the heroes end up scattered across the land.

Before each of these displaced and bewildered heroes, strangers appear, asking for their aid.

It is not only Tamaki who seeks the aid of the heroes. There are tree scions of the royal family, who all have their reasons for aiming to take the throne.

Eventually, the heroes are split into three separate groups, forced to fight on opposing sides.