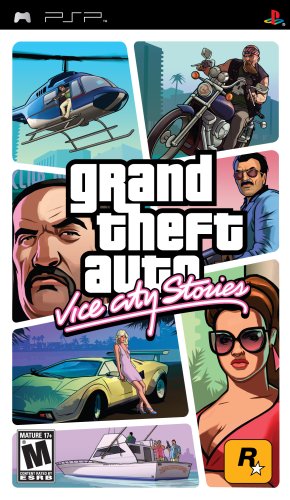 In Grand Theft Auto: Vice City Stories brings the GTA action back to Vice City. It's the mid-1980s, just two years before the events in GTA: Vice City. Follow the Vance brothers, Lance and Victor, as they pull themselves out of poverty and try to run the streets. Victor is a 28-year-old US Army soldier who's been kicked out of the service; Lance is a drug addicted wreck. Help them fight for money, power and respect on the hard streets of Vice City. Buy property and set up one of six business at the site - Protection rackets, loan sharking, prostitution, drugs, smuggling and robbery Wild new multiplayer options - Vice City Survivor, the single and multiplayer deathmatch mode; Street racing in new Street Rage; run a Protection Racket; and a crazy new one called Tanks For The Memories Great new radio station playing licensed hits from the 1980s