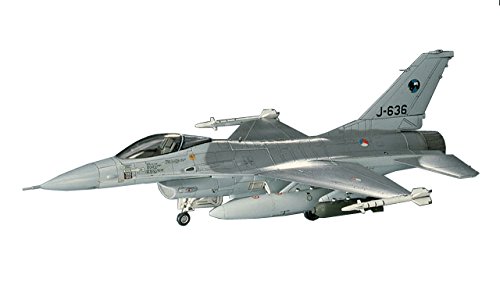 This is the 1/72 Scale F-16A Plus Fighting Falcon Plastic Model Kit from Hasegawa®.
Features:


This product is compatible with the following Model(s): Hasegawa 231,

The Lockheed Martin F-16 Fighting Falcon is multirole jet fighter aircraft originally developed for the United States Air Force. Designed as lightweight, daytime fighter, it evolved into successful multirole aircraft. The F-16's versatility is major reason it has proven success on the export market, having been selected to serve in the air forces of 25 nations. Over 4,400 aircraft have been built since production was approved in 1976. Though no longer being purchased by the U.S. Air Force, advanced versions are still being built for export customers.