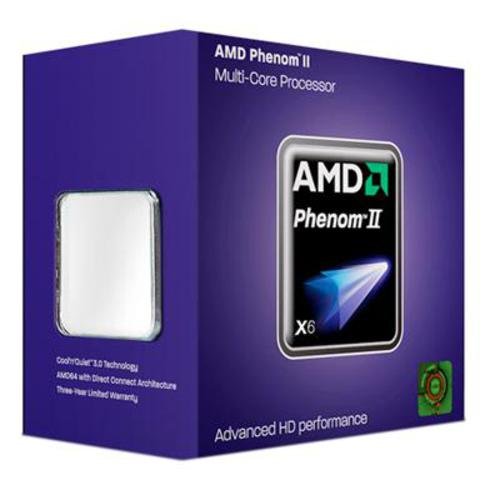 The AMD Phenom II X6 1055T is an ideal processor for enthusiasts looking to maximize their PC performance without breaking the bank. With six cores and a blazing 2.8 GHz clock speed, the processor is designed to handle all of the latest and most demanding software. It also has a versatile AM2+/AM3 socket and is compatible with a wide range of motherboards. Loaded with performance-boosting technologies, the 1055T will take your PC experience to the next level. 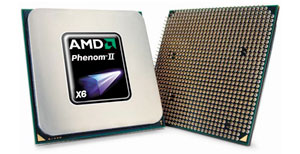 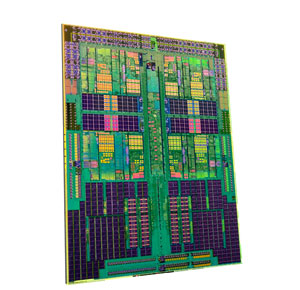 With the Phenom II X6 series, AMD has made the power of six-core processing available to budget-conscious consumers. Engineers have combined six cores into a single processor, giving you enough processing muscle for even the most highly threaded applications. Each core is equipped with 512K L2 cache, and all six cores share 6MB L3 smart cache between them. AMD has also included an ultra-wide, 4000MT/s bandwidth--enough to support all six cores effectively.

For users, this means that you'll be able to run all the latest software without the slowdown you'd experience with an inferior processor. Your computer will be able to handle multiple programs at once, and high-definition media players and video editors will run smoothly and efficiently. You'll also be able to enjoy next-gen games without any frame-rate hiccups.

The 1055T also has a high overclocking ceiling, giving enthusiasts plenty of headroom to increase their chip's frequency. With a little tweaking, you can lift your processor's performance to even greater heights.

The Phenom II X6 series also comes equipped with Turbo Core technology, which actively optimizes the chip's performance to match your workload. If three or less cores are in use, the processor will redirect voltage to the active cores and overclock them by up to 500 MHz. With Turbo Core activated, you'll be able to blaze through all applications--even ones that don't make use of multiple cores.

The Phenom II X6 also makes use of several other performance-boosting technologies, including:

PC gaming continues to improve at a breakneck rate, with graphics, physics, and AI growing more realistic each year. But you'll need more than just a good graphics card to keep up with the latest games. For certain games that are heavily threaded, a slow CPU can quickly become a bottleneck for performance and can ruin your gaming experience.

Fortunately, the Phenom II X6 series has been specifically designed to handle CPU-intensive games. With its multiple cores, the processor can manage thousands of high-speed gaming calculations at once. The result is a smooth, immersive gaming experience, free of any stuttering or latency.

The Ultimate in Energy Efficiency and Cooling

AMD products are known for their stellar energy efficiency, and the Phenom II X6-1055T is no exception. The processor features AMD's proprietary PowerNow and CoolCare technology, which allow the processor to smartly regulate its own energy consumption. Having an energy-efficient computer doesn't just help keep costs down; it also generates less heat and helps your computer to run more quietly. It will even prolong your processor's life cycle, so you can enjoy it for years without having to worry about degradation.