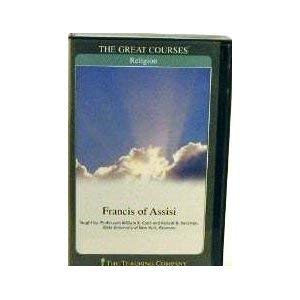 These 12 lectures by Professors Cook and Herzman will give you a rounded, fully informed introduction to the luminous Francis of Assisi and will tell the intellectually and spiritually rewarding story of how his influence has glowed across the centuries. Just who was Assisi? Despite his continuing influence and the fairly ample writings about him that date from his own time, Francis remains somewhat elusive in history. It is not easy to meet the man who, at about the age of 25, renounced his family and inheritance to serve his God in poverty, simplicity, and obedience. Yet these lectures, with their mastery of history, theology, art, and literature, expertly unlock two sources that are the most revealing and plentiful-written narratives of Francis's life and the images created for Franciscan churches. In charting the life, times, and legacy of Francis, Professors Cook and Herzman include a great deal about the world around Francis as well as on the artwork, the ministries, and the religious communities that he inspired. But through it all shines their deeply human sense of the man himself and what he stood for-things which, they argue, are needed as much today as ever they were when Francis trod the byways of Italy to show what it means to live life to the full in faith, hope, and love. By the time you finish the last lecture, you'll find yourself in agreement that, whatever your background or beliefs, Francis of Assisi remains as fascinating and inspiring a man today as he was more than 800 years ago.