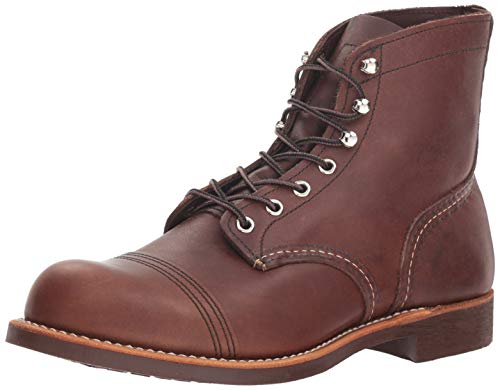 One of our most popular footwear styles, the Iron Ranger was named for the hardworking miners on Minnesota’s northern iron range. As North America's largest producer of iron ore, Minnesota was once home to several ranges. The Iron Range is an area near Lake Superior and features most of the state’s ore deposits. It’s also the home of the Mesabi Range, which has been actively mined since the 19th century. Most of the iron ore is transported down the Great Lakes, to cities like Chicago, Cleveland and Pittsburgh where the country's most important ironworks are located. This iron production created a cornerstone of industrial development in our home-state of Minnesota and the entire country.