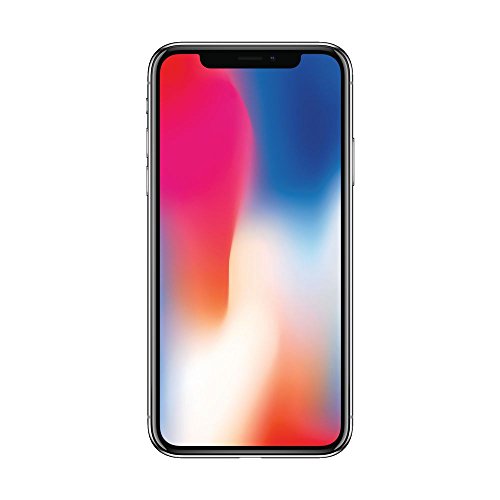 Regardless of carrier support, all iPhone X models have a 3D-touch capable 5.8 (diagonal) OLED HDR Super Retina display (2436x1125, 458 ppi, 1 million:1 contrast ratio) that occupies nearly the entire front of the device with the bottom chin where the Home button once was gone entirely and replaced by a new facial recognition Face ID authentication system.

The iPhone X has three cameras. On the front -- tucked in the rather awkward notch -- is a new TrueDepth camera that in addition to supporting the Face ID functionality, takes 7 megapixel photos, shoots 1080p video, and has software support for Portrait mode, Portrait lighting, and more. The two rear cameras, one wide angle (f/1.8 aperture) and one telephoto (f/2.4 aperture), both have 12 megapixel sensors, support optical image stabilization, and shoot 4K photos and video. The cameras support motion tracking and offer augmented reality support, too.

The iPhone X uses a primarily surgical-grade stainless steel case and has a glass front and back. It is splash, water, and dust-resistant (IP67), but not water-proof, and it has stereo speakers and a Lightning port. It is offered in two color options, a dark Space Gray and silver.