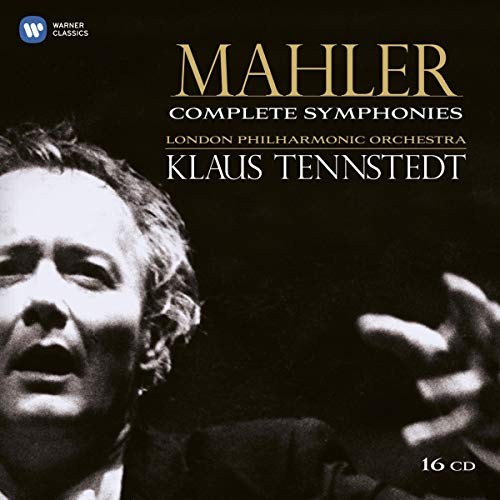 In this beautifully packaged 16-CD set, EMI Classics is proud to release Klaus Tennstedt's complete Mahler recordings. Tennstedt was renowned as a Mahler interpreter. While his discography includes recordings of Beethoven, Brahms, Strauss, Wagner, Prokofiev and Kodaly, the centerpiece of his recorded legacy is the Mahler cycle he recorded with the London Philharmonic.

Tennstedt's affinity for Mahler, however, was something he did not develop until his career was well established, partly because Mahler's music was banned by the Nazis during his student years. "I came late to Mahler," he told Roy Hemming in an interview for Keynote magazine in 1985. "And I think maybe that is better. Except for Mahler's First Symphony, I think you need experience in life before you can be a good interpreter of Mahler. All the things he composed in his works -- love, hate, fear, joy, cynicism, all this -- you cannot fully understand when you are young."

Tennstedt set about Mahler with a unique and dangerous intensity. Heeding neither caution nor fashion, he embodied the composer's expressed preference for exaggeration. Every rehearsal became a life-and-death struggle; each concert required a health warning, the musicians fearing for his safety and their own. His Mahler recordings contain the most terrifying of Sixths -- a symphony in which Tennstedt heard pre-echoes of Nazi horrors -- and the most lyrical of Sevenths. His account of the Eighth Symphony is unaffectedly majestic, the first credible record of that gigantic unresolved question.