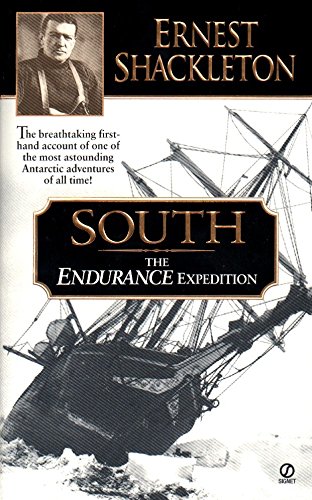 Sir Ernest Shackleton, C.V.O. (1874-1922) is regarded as perhaps the greatest of all Antarctic explorers. He was a member of Captain Scott's 1901-1903 expedition to the South Pole, and in 1907 led his own expedition on the whaler Nimrod, coming within ninety-seven miles of the South Pole, the feat for which he was knighted. The events of that expedition are chronicled in his first book, The Heart of the Antarctic. He is considered one of England's greatest heroes for his actions during the ill-fated Endurance expedition, leading all of his men to safety after being marooned for two years on the polar ice. South is his recounting of this expedition. He died at age forty-seven during his final expedition, and was buried in the whaler's cemetary on South Georgia Island in the South Atlantic.