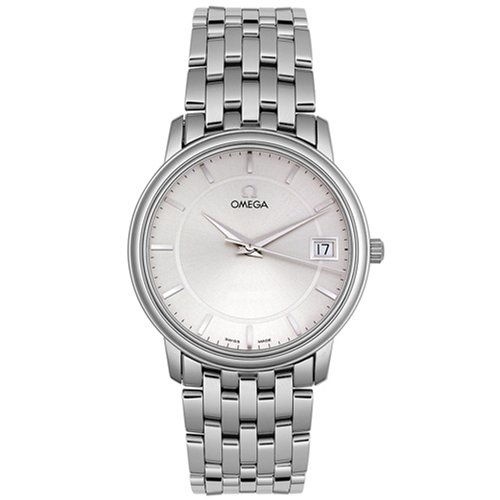 A handsome classic in gleaming stainless steel, the men's DeVille 4510.31.00 puts the perfect finishing touch on your dress or casual wardrobe. The perfectly round steel case highlights a silver dial with silvertone Dauphine hands, a seconds hand, and applied silvertone indicators as well as a date display at the three o'clock hour. The monochrome look is cool, crisp, and clean. The dial is capped with a virtually scratch-proof sapphire crystal and framed by a round steel bezel. A handsome and durable steel link bracelet completes the look. This Omega watch boasts Swiss quartz precision and is rated water resistant to 30 meters.