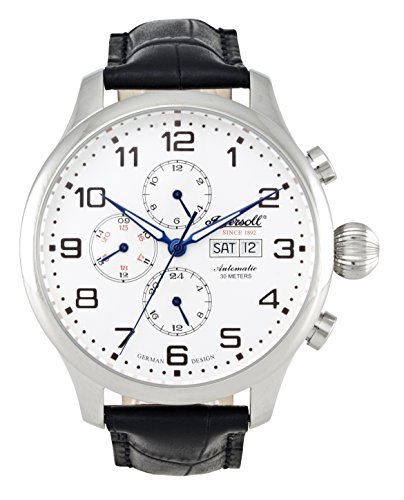 During their years of tireless creative urge, Robert and Charles Ingersoll, the founders of one of the oldest American watch manufacturers, established many milestones in the field of developing pocket and wrist watches. They followed an ambitious plan that incorporated on the one hand, to offer watches to the broad public, and on the other hand to offer reasonable prices whilst maintaining real quality. In 1892, thanks to Henry Ford, they succeeded in developing an automated method of production, first for pocket watches and later for wrist watches. Alongside the existing handcrafted production of Ingersoll watches, an automated production of watches was established.

With high quality and precision, at the very reasonable price of 1 dollar (which was a day's wages at the time) the so-called "Dollar-Watch" was born. The Dollar-Watch became so popular that about 1 million of these watches were produced. Even Theodore Roosevelt mentioned that during his hunting trip in Africa he was described as "the man from the country where Ingersoll was produced."

The success of the "Dollar Watch" (also called the "Yankee") from then on was amazing. The Ingersoll brothers had to adapt to increasing production and increasing production plants. Meanwhile, the product range had been expanded by some technical pioneering refinements. Also the production of the smallest pocket watch ever seen had begun. In 1919 the Ingersoll brothers developed the first watch with the so called "night design", the "Radiolite" with luminous dial.