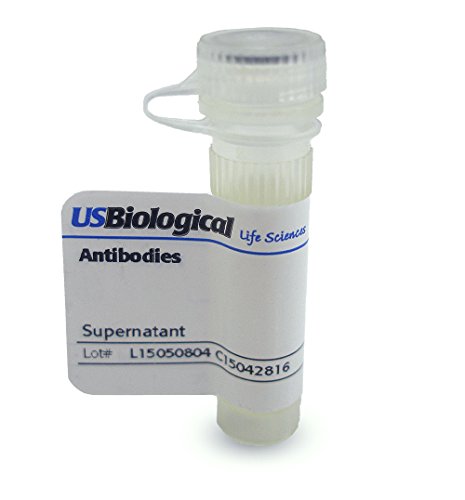 Beta-agonists are compounds having a stimulatory effect on beta-adrenergic receptors and are used in human and veterinary medicine as bronchodilatory agents. The group includes drugs such as clenbuterol, carbuterol, salbutamol, methylclenbuterol, brombuterol, terbutaline, mabuterol, pirbuterol and mapenterol. The metabolism of beta-agonists is dependent on the chemical properties of each drug, with excretion reported in bile, urine, faeces and milk. Accumulation of beta-agonists has been reported in tissues including liver, kidney and pigmented tissue e.g. retina. (1) Applications: Suitable for use in ELISA, Western Blot, Dot Blot, Immunohistochemistry, Immunoassays, development of rapid tests and other antibody recognition assays. Other applications not tested. Recommended Dilution: ELISA: 10ug/ml Optimal dilutions to be determined by the researcher. Storage and Stability: May be stored at 4°C for short-term only. Aliquot to avoid repeated freezing and thawing. Store at -20°C. Aliquots are stable for at least 12 months. For maximum recovery of product, centrifuge the original vial after thawing and prior to removing the cap.